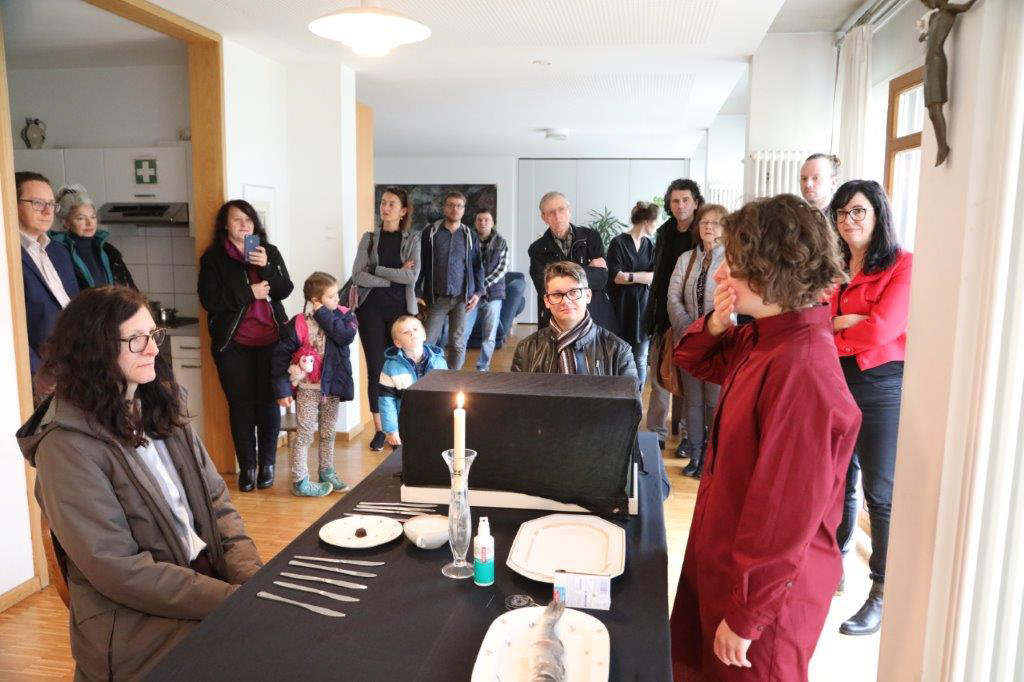 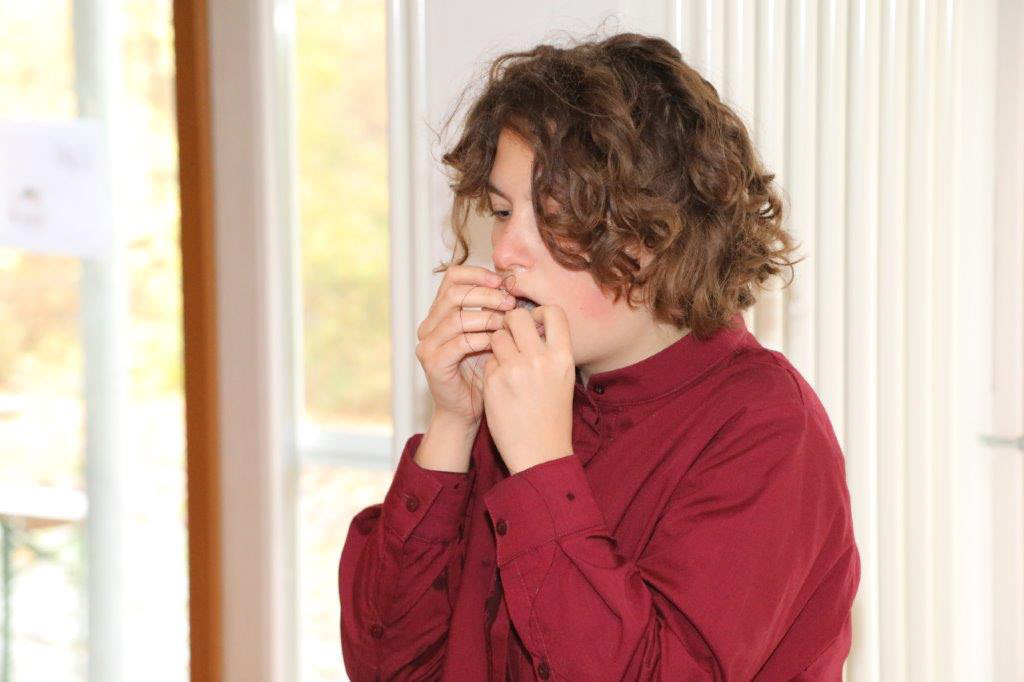 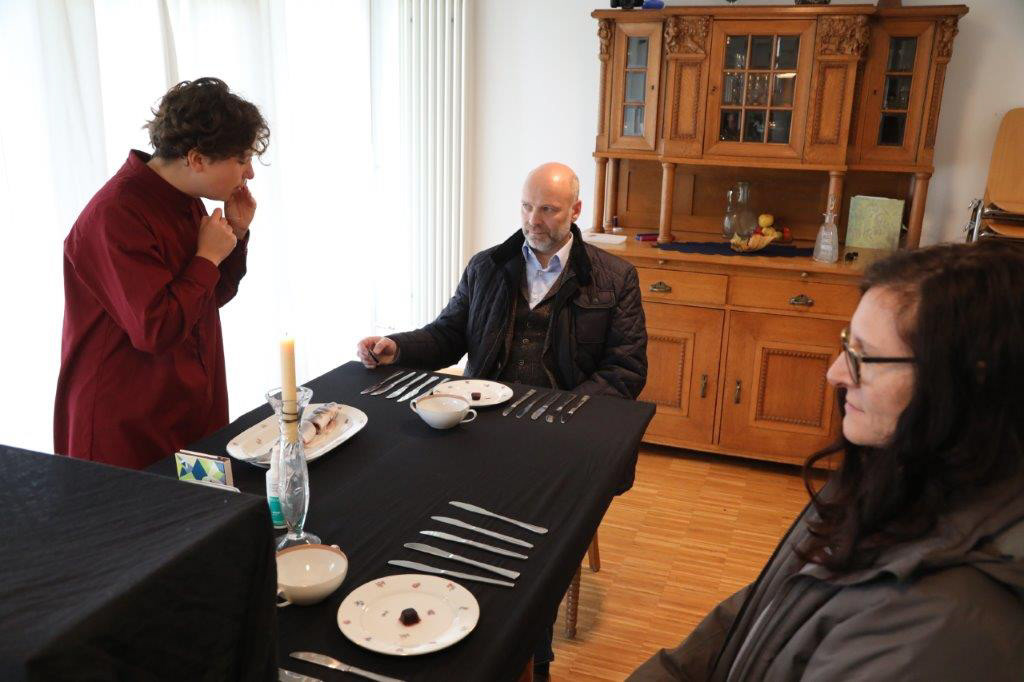 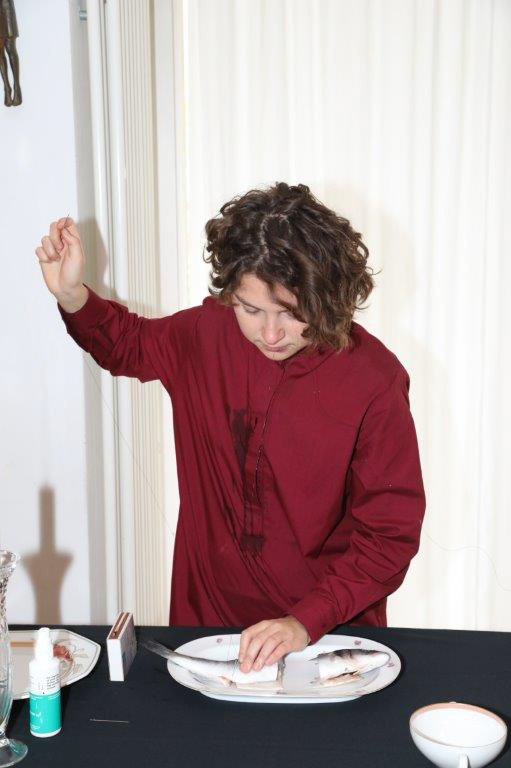 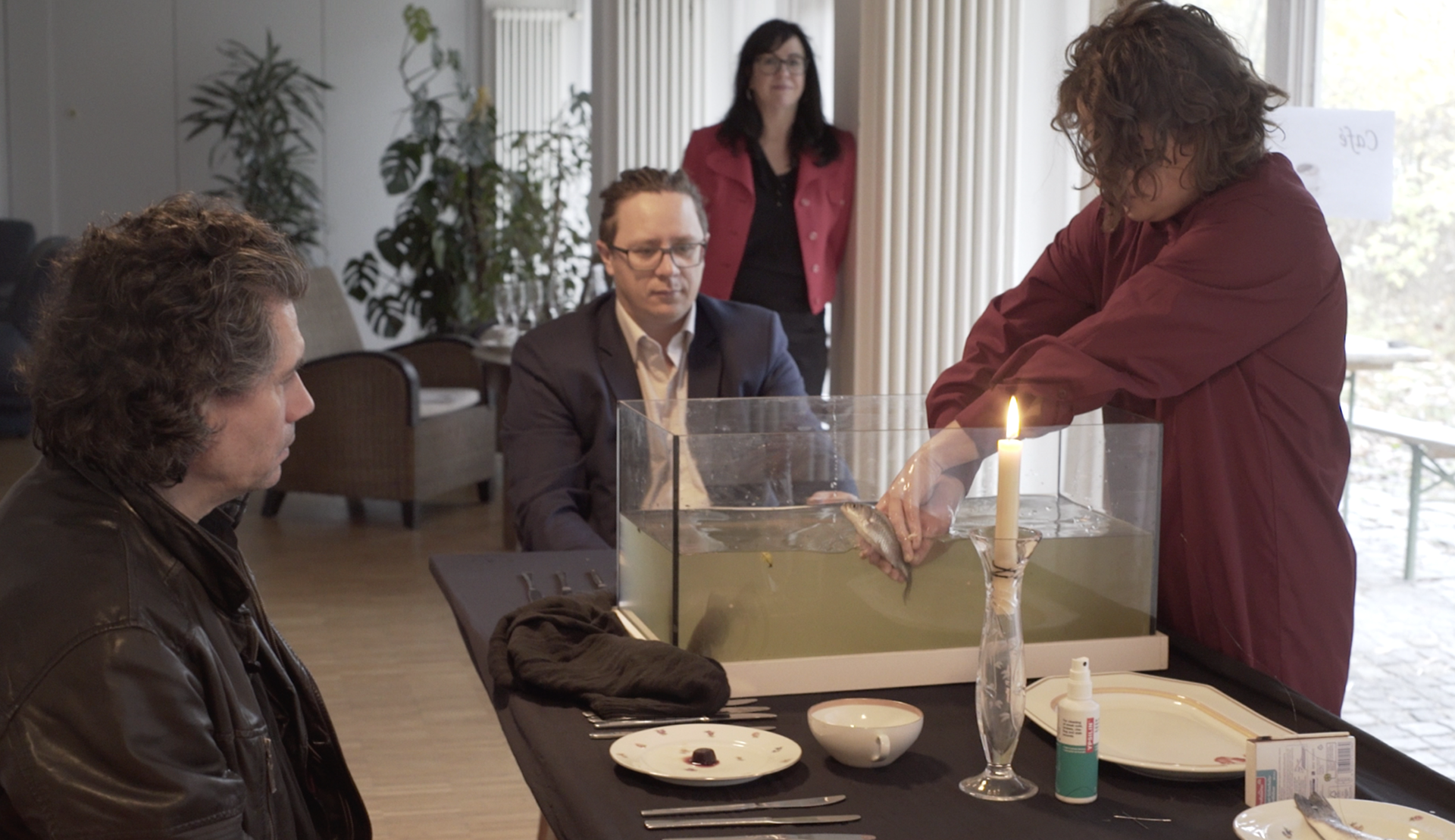 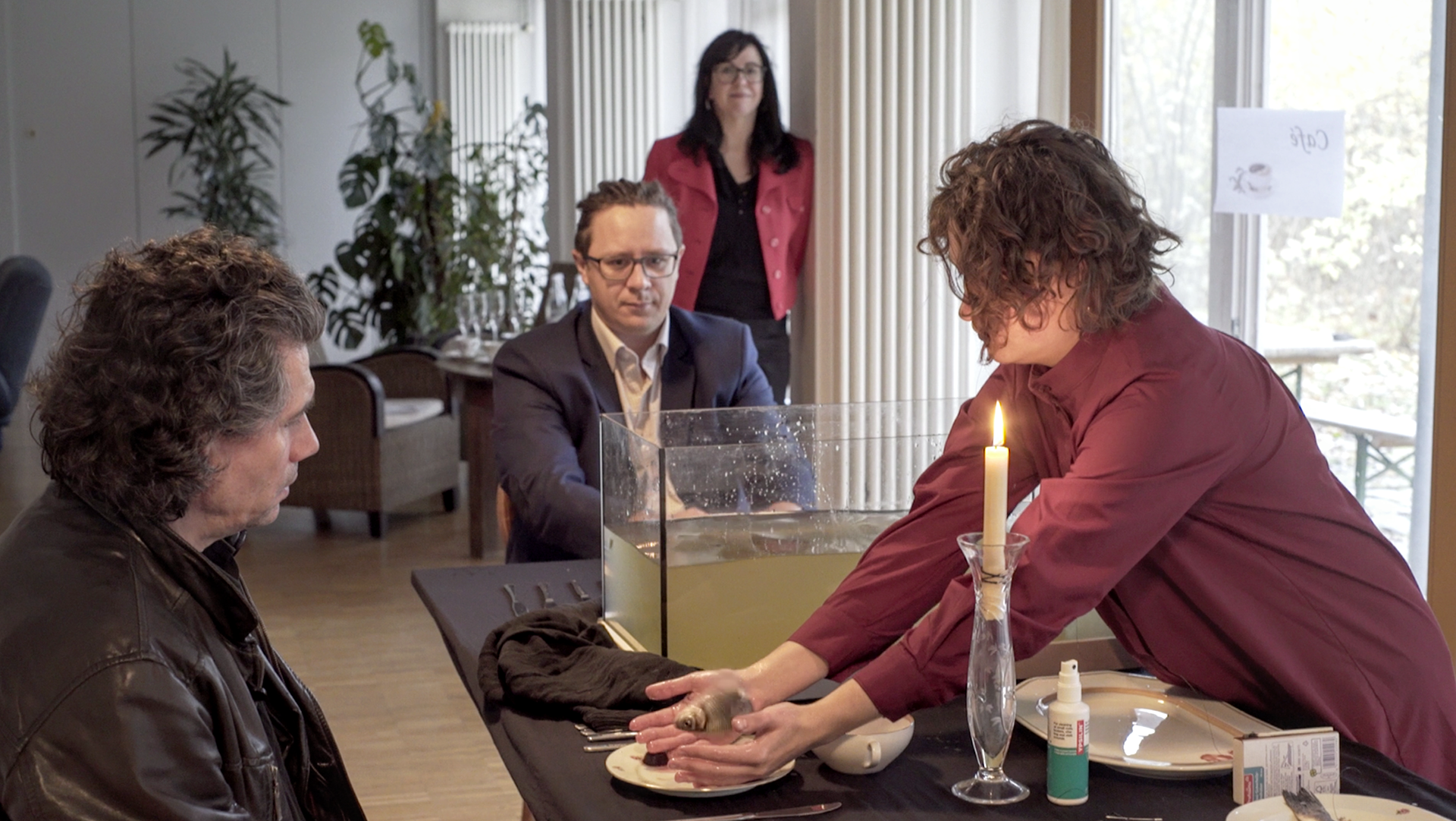 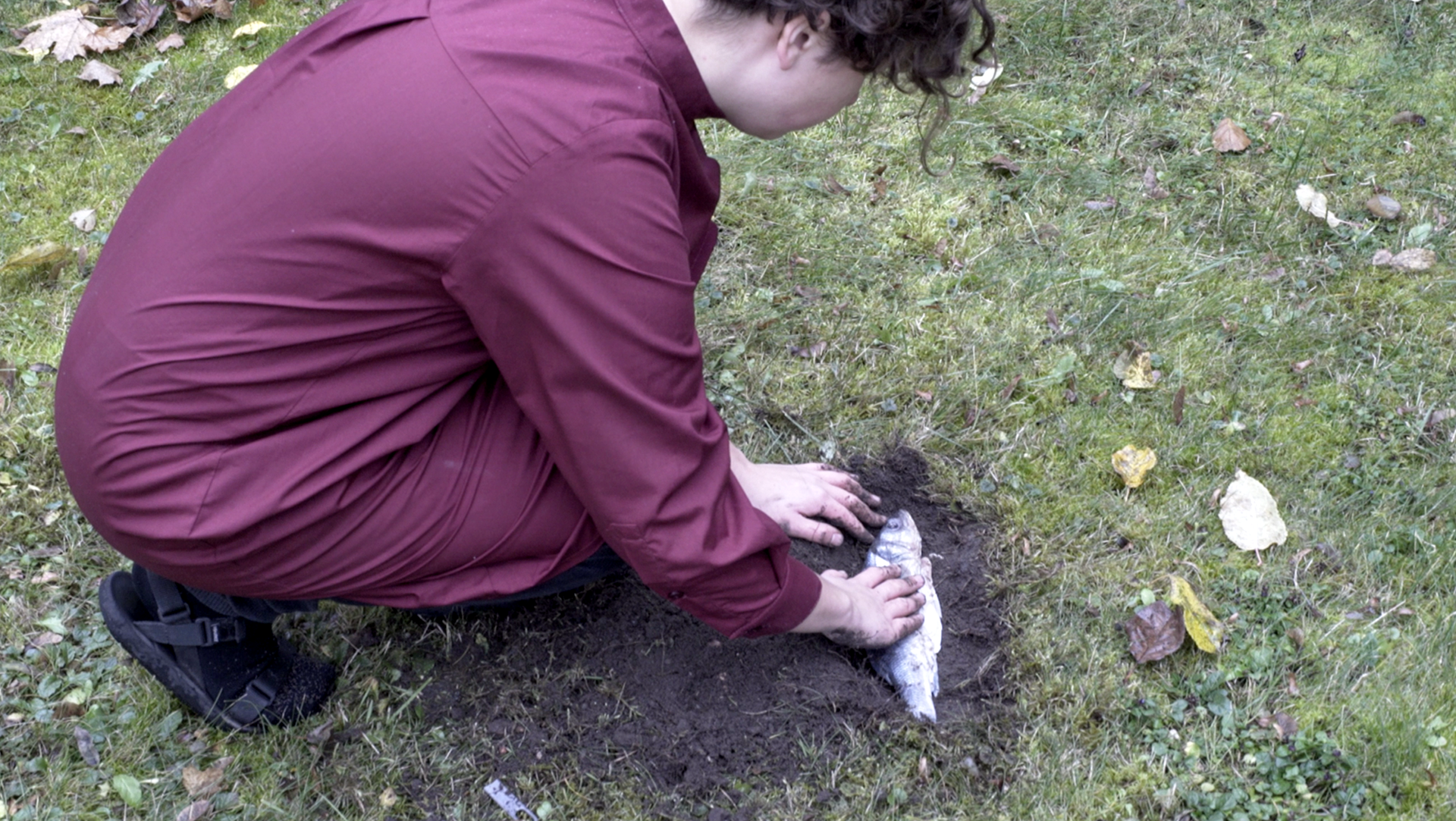 "In one of his short stories Franz Kafka depicts a Hunger artist, dying "unable to find the food to like". What would Mr. K eat himself? What he wouldn't dare to and why?
Finally, what will the artist serve today?"
After witnessing me piercing my lip with a hot needle and sewing together all parts of a dead* fish, audience is invited to make their own choice over a life of an alive** fish put on their plate. One of the audience members keeps me on the sewing threat throughout the event. It was performed in quite an intimate space of the living room, usually used for private conversations during meal times.
*Dead fish, imported from an intensive breeding farm in Greece, was stolen from the local supermarket and buried in the residency garden after.
**Alive fishes participating in the performance were stolen from an intensive breeding local farm and released to the river after.
duration: 1.5 hours
International Art Residency at Oberpfälzer Künstlerhaus | Schwandorf, Germany
2018​​​​​​​
related publications
↑Back to Top